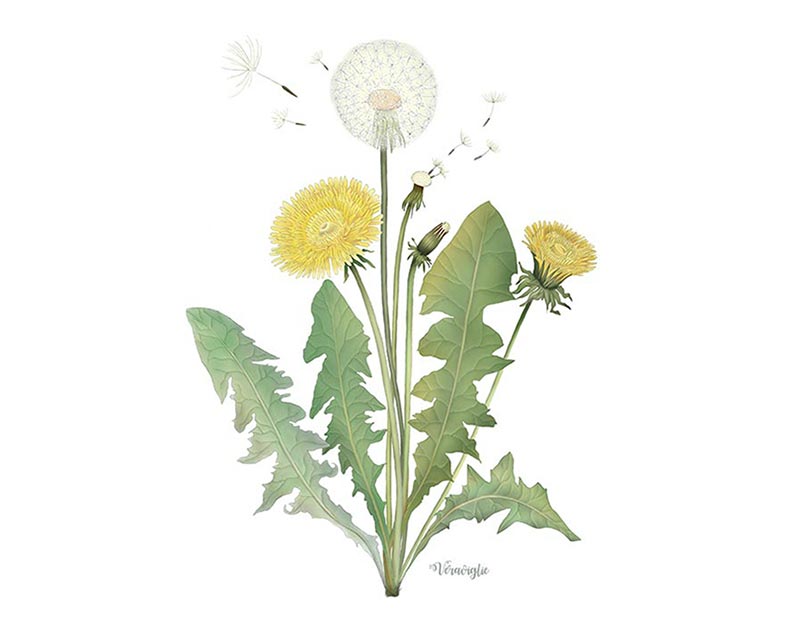 We live in a world dominated by technology, haste, scheduled appointments and many things to do, that sometimes we forget the immense value of nature, which has played a vital role for men in history. For thousands of years, spontaneous wild plants have been a fundamental source of food that complements a diet low in vitamins, fibers, and minerals. Today, unfortunately, such a rich knowledge is going to be lost due to a certain level of wealth and development that always provide us available food, packed in supermarkets, suffocated in plastic… so we forget that all around us the luxuriant nature offers us plants, flowers and spontaneous fruits, excellent to be eaten and which are either ignored or considered weeds to be destroyed with pesticides.

You don’t need to dig into a too distant past to find this knowledge: in my case, I just have to think of my grandmother who was a mine of information about the natural world. As a child, I spent a lot of time with my grandparents and I grew up with tasty vegetables, that they called “the grass of the fields to cook”, a series of spontaneous plants that they collect during walks in the hills, in meadows and fields away from roads and towns. As an adult, I realized that this tradition is disappearing because so many people know nothing about any plant, flower or tree.

Don’t worry! Here I am, ready to fix this loss: from time to time I will dedicate a space to articles on wild plants, in order to learn how to recognize and cook them. 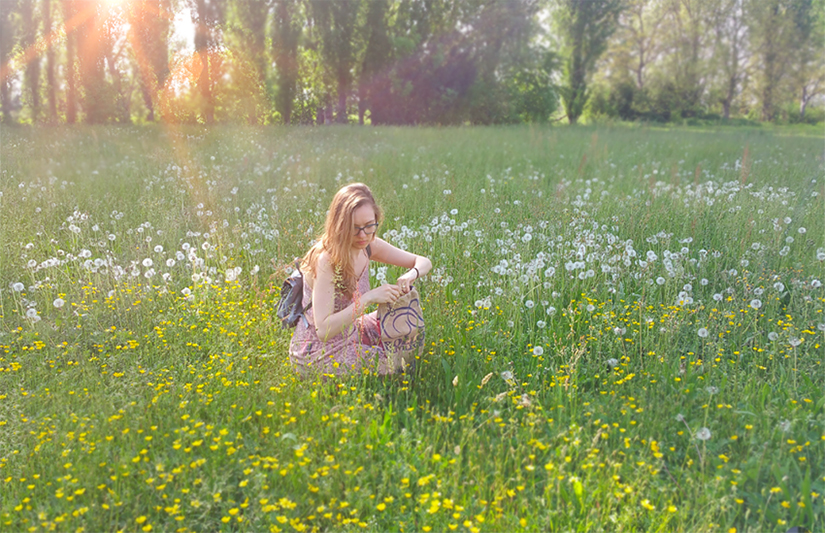 First of all, they are tasty and good because rich in vitamins, minerals, and active ingredients, even more than cultivated vegetables. Furthermore, it is a bit absurd to spend a lot of money for organic food or buy purifying, draining, slimming, detoxifying and miraculous teas and infusions made with these plants, when you can find them everywhere for free, even in your garden if you pay attention. Finally, looking for wild plants is a way to spend time outdoors, enjoying nature, walking and relaxing.
In addition, for those who want to reduce their waste, picking wild plants means having local natural food, without plastic, or any type of packaging.

So I will start writing about the most widespread plant, easy to find and to recognize: the Taraxacum. 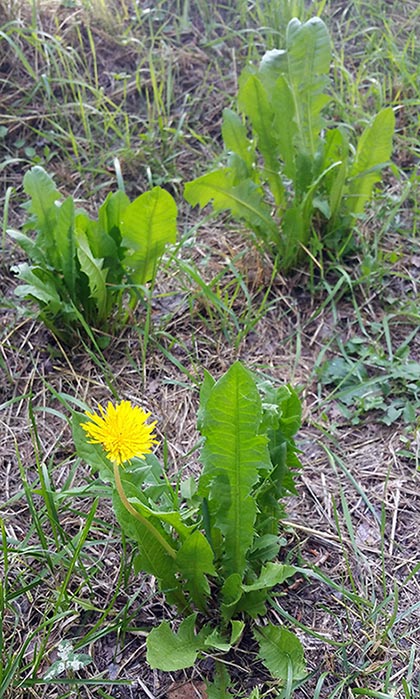 The scientific name is Taraxacum officinale, it is a herbaceous plant belonging to the Asteraceae family.
It is common worldwide and since ancient times it has been used for its medicinal virtues and properties: anti-rheumatic, laxative, diuretic and depurative.
It is a perennial plant, with an average height between 3 and 10 cm. The leaves are simple, lobed and form a basal rosette above the central taproot.
It is easy to recognize the dandelion because of its yellow flowers, which mature into spherical seed heads called blowballs or clocks. They contain many single-seeded fruits called achenes. Each achene is attached to a pappus of fine hairs, that can fly like little parachutes and disperse over long distances.
In the northern hemisphere, the period of flowering is in spring between April and May, but can be extended to summer – early autumn.

It is easy to find it because it grows spontaneously both in the level ground and in the mountains up to 2000 m and in some cases it is invasive. It is a typical plant of the temperate climate and it can be found easily in the meadows, parks, along with the paths and at the edges of the roads. However, it is better to collect it in the uncultivated fields, the edges of the paths and all those places far from sources of pollution and chemicals.
The basal leaves must be collected in spring, while on the mountains also throughout the summer, until autumn.
The buds are collected in spring, the roots are extracted in autumn. 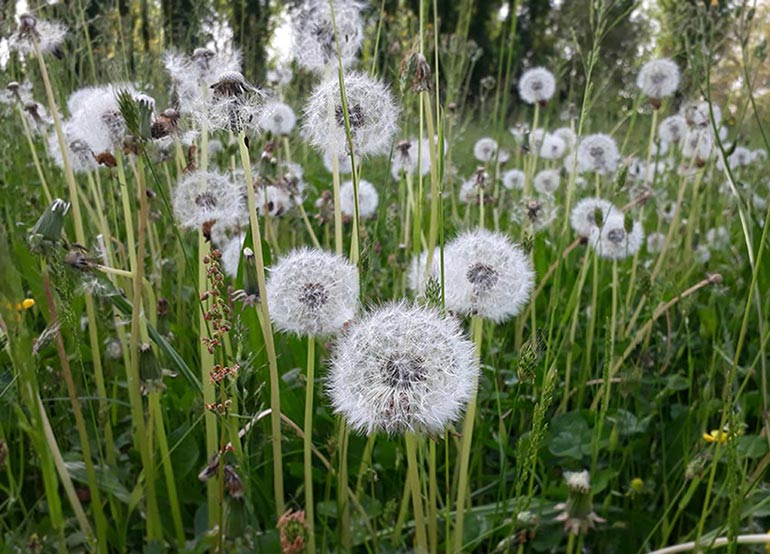 How can we use it?

The dandelion is edible and can, therefore, be used in the kitchen: the young fresh leaves are eaten raw in salads or cooked, mixed with spinach or other vegetables, or in soups and savory pies.
The buds, without green parts, can be preserved in brine or vinegar, to be used as capers.
The roots can be eaten fresh, sweetened with honey, pressed to extract the juice, or roasted to make coffee or even dried for infusions.

Here are some ideas! 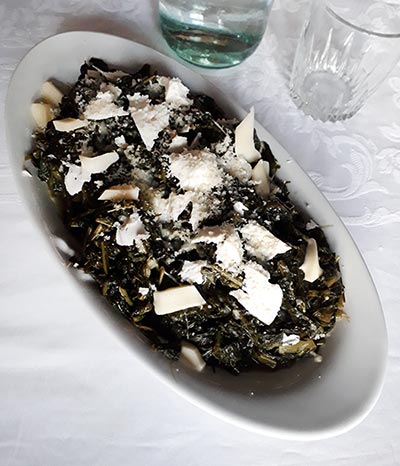 After having carefully washed the dandelion leaves, chop them and boil them.
Once drained, stir fry with oil, garlic, wild fennel and a pinch of salt.
Since dandelion is bitter, if you prefer to attenuate this flavor, you can add Parmesan or other cheese. It is excellent added to spinach. 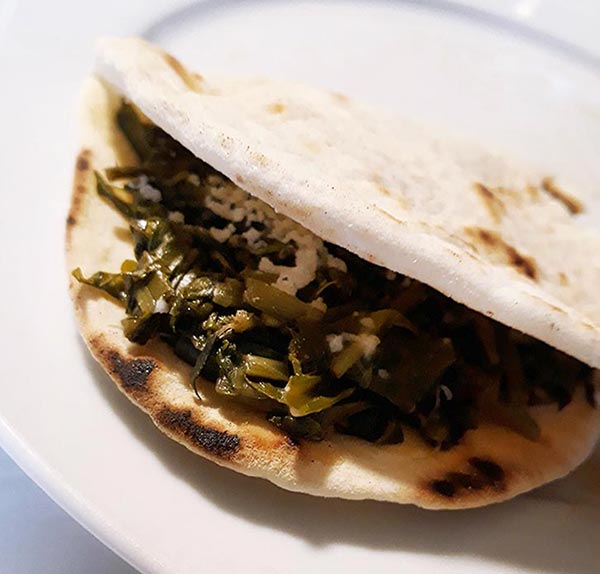 To make about three flatbreads, prepare the dough mixing in a bowl: 250 g of flour, salt, and the yeast melted in water at room temperature. Knead adding 2 or 3 tablespoons of olive oil, until you get a uniform mixture. Gently knead into a smooth, firm ball and let it rest for 30 minutes.
Then divide the dough into equal portions and let them rest for another 30 minutes.
After that, flour the work surface and roll the balls with a rolling pin, up to a thickness of 2 or 3 mm. Heat a plate and cook the piadinas on one side for a couple of minutes, then turn and cook them on the other side until they are lightly browned.
Still warm, fill with slices of pecorino cheese and boiled dandelion leaves with garlic, oil, and salt.

You’ll need at least 30 dandelion flowers, only the yellow petals! Prepare the sauté with an onion, then add the petals and cook the rice with vegetable broth. Once ready, sprinkle with Parmesan. 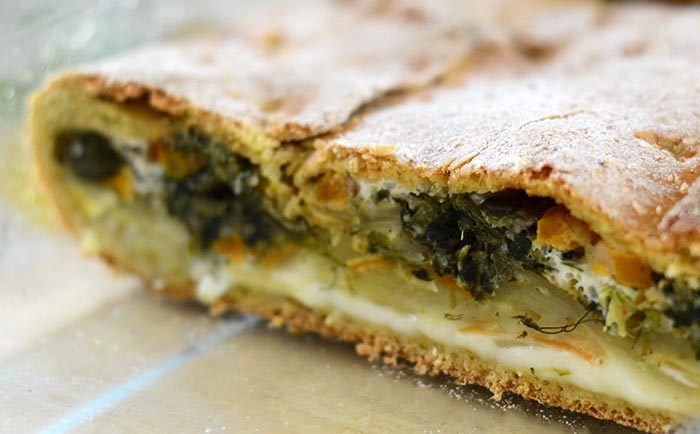 To prepare the dough: mix 250 g of flour, 100 g of water, 90 g of extra-virgin olive oil and a pinch of salt.
Knead until you get a uniform mixture. Roll out your dough in a pan and start to fill it: a first layer of pecorino or other cheese, a layer of potatoes cut very thin and blanched in the pan, then add the cooked dandelion leaves with onion, carrot, and wild fennel and add more cheese. Cover with another layer of dough or with a beaten egg.
Bake in a hot oven at 180° C for 20 minutes. 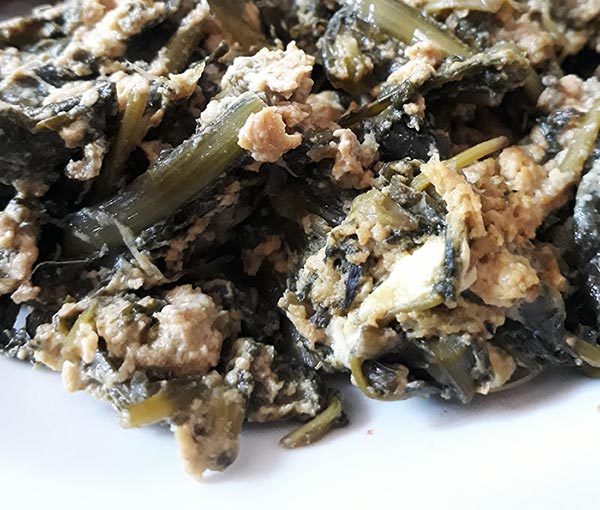 After boiling and stir-frying the dandelion leaves with garlic, oil, and salt, add the eggs, and a pinch of pepper. Very easy! 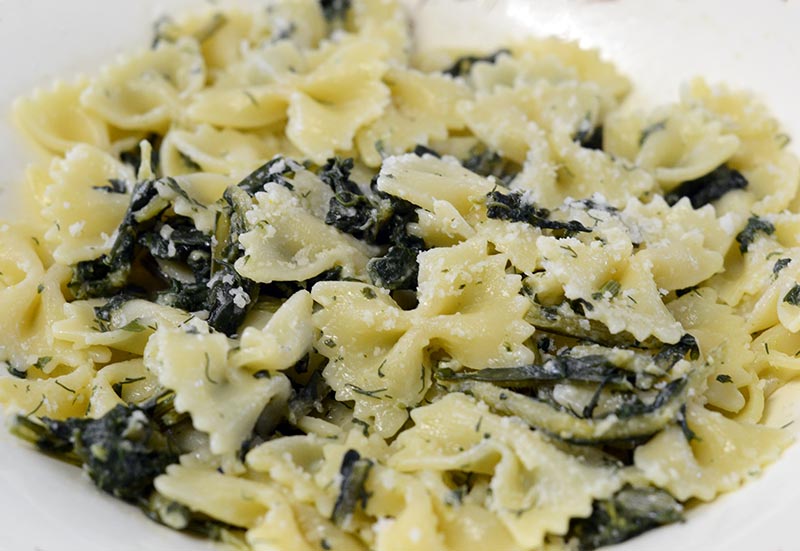 Stir fry the dandelion leaves with oil, garlic, wild fennel and a pinch of salt. Once cooked the pasta, combine everything with cream and grated Parmesan.

Potatoes and dandelion leaves side dish

Stir-fry onion, dandelion leaves and potatoes, with oil and a pinch of salt. Delicious!

Collect about 350 grams of dandelion flowers and clean them without using water.
Pour 2 liters of water into a pot, add 3 lemons cut into small pieces and the flowers. Boil everything over medium heat for half an hour and then let it cool.
Drain the water squeezing flowers and lemons to get all the juice out. Add 2 kg of sugar to the water and cook over low heat for about 3 hours.
Great for relieving cough and sore throat!

Now that you have all these ideas, you just have to go out, look for dandelions and start experimenting in the kitchen!

Leave a comment in case of doubts or advice.
I would be happy to know new ideas and recipes to use this wonderful spontaneous plant, write me!