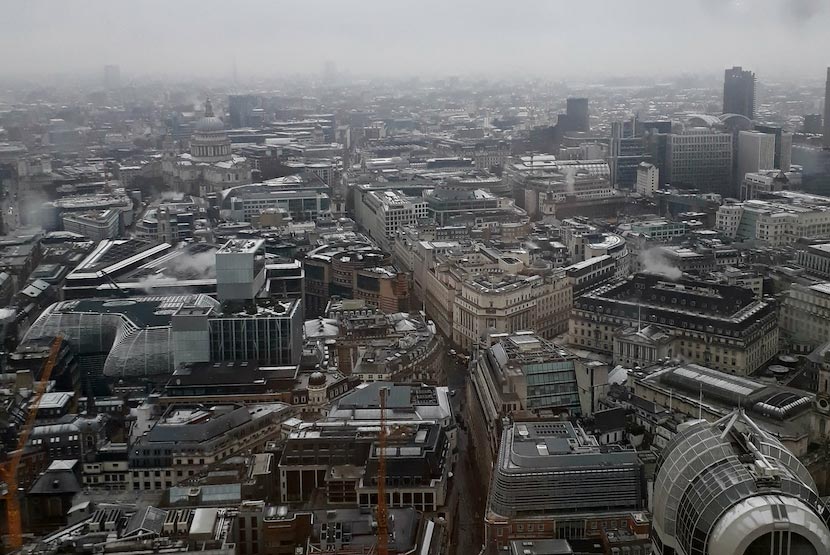 I have already written about my experience as a countryside girl in London in my previous post.
Here I will tell you what changed my point of view about “life, the universe and everything”.

In two years I couldn’t get used to the urban life, with the consequent pollution, traffic, and never-ending noises.

Throughout my life I have lived divided between two little Italian towns in the countryside: 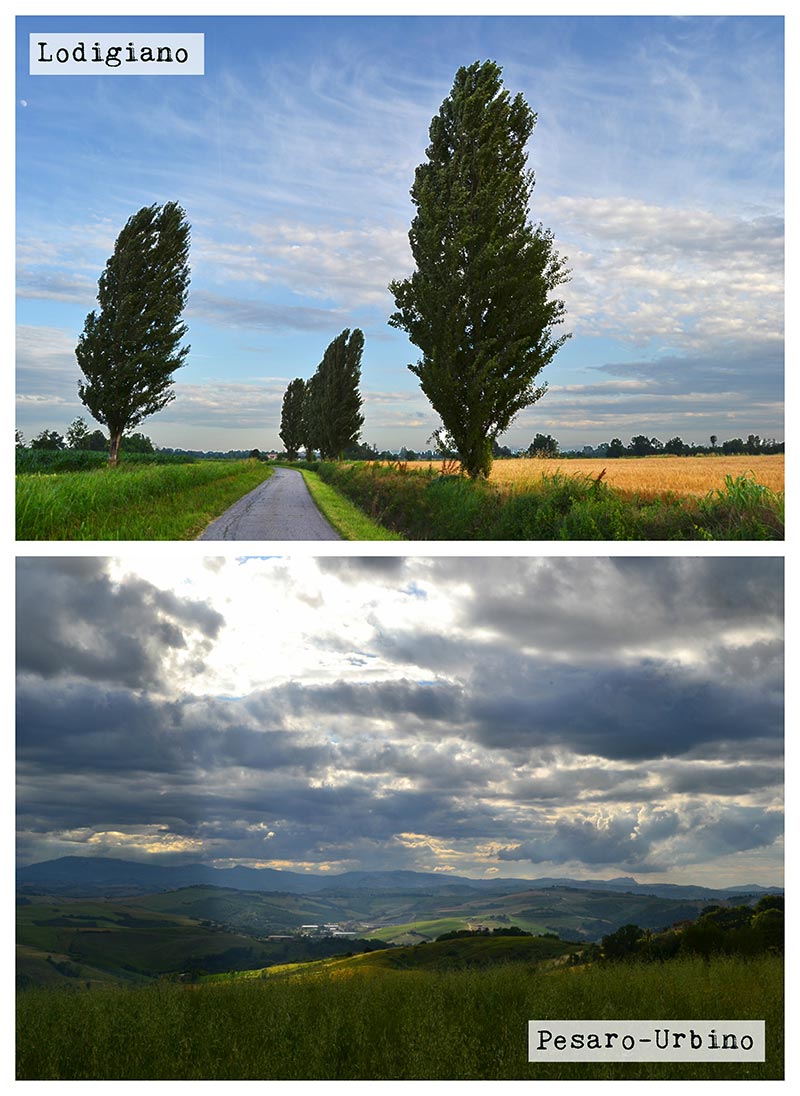 How could I ever get used to the big metropolis?

London is a beautiful city that offers job opportunities and gives the chance to experience art and culture for free, thanks to its huge museums and spectacular galleries.
But other things aren’t that simple.

Since I was a child I’ve got used to a sorted waste collection in order to recycle almost everything. I’m not able to throw food scraps, paper, plastic, metals, glass… all together. So the first thing I tried to understand once emigrated was the organization of waste. The building we lived in did not have its own bins, so everyone left the trash just outside the door, on the sidewalk, including appliances, furniture, and mattresses. Going out was like entering into a landfill.

After a few walks around the neighborhood, I finally found some trash bins, but my joy faded away immediately: opening them I found out there was no division of waste, everything was mixed.

The same situation occurred for two years in a row, even finding in those bins some objects that are considered “special disposal”. The proof that my commitment to separate my waste was completely useless happened one day when, going to the bins with my bags, I met the street cleaner who emptied them all together in a single bin vanishing the effort of the people that have been trying to do the right thing. What a sadness.

The arrival of the winter revealed to my eyes another unpleasant aspect of the city. Around London, the more leaves fall off, the more plastic bags appear on the trees. Maybe I have never noticed it before or maybe I’m lucky I grew up in quite clean towns, but I’ve never seen so much plastic on the trees and, even more sadly, in the bird nests.

The situation wasn’t better on the ground…
One day, irritated by the amount of litter, chewing gums and bottles on the sidewalk, I made a video with my smartphone while I was going home. If you are curious, you can see it here:

Why so much trash on the streets?
In my opinion, there are two main reasons:

So what happens? It’s normal to throw paper, bottles and anything else on the ground or randomly in the first available place. 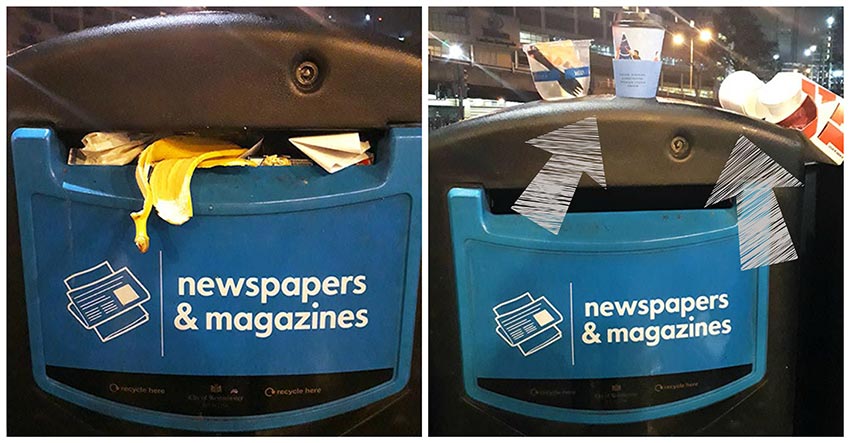 What about trying to reduce the amount of waste we produce every day? I had never thought of it before as an urgent action. I needed to cross the Channel and slalomed between the dirt on the road to become aware that we are all wasting too much and using disposable plastic in an unreasonable way.

I looked for markets, shops, and supermarkets in my area that used less packaging and I must admit that it was a hard search. If you do not buy with awareness, especially in British supermarkets like Tesco and Sainsbury’s, the bitter result will be the same as when my husband was alone for two weeks: 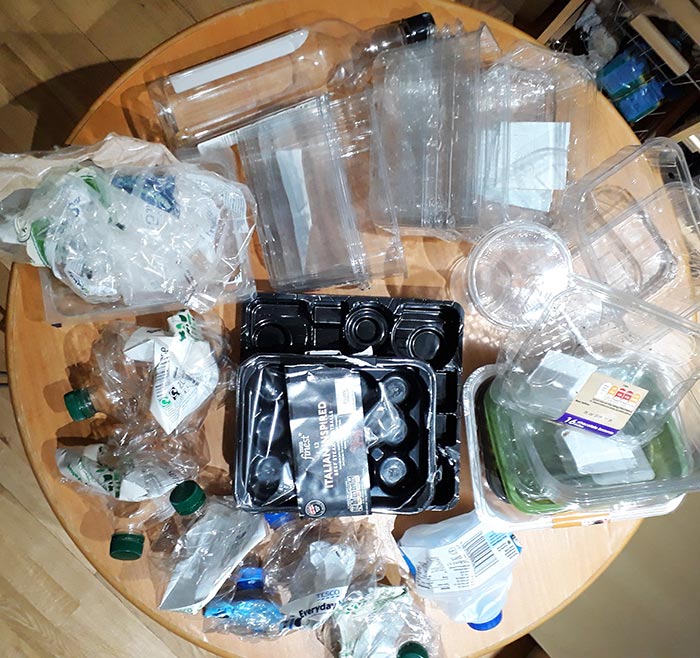 What could I do? I took a deep breath and… another problem: the air!

It is well known that in the Po Valley, where I grew up, the air is filthy because the smog remains trapped by the mountains all around. Despite this, I was not used to feel directly in my face tons of smog every time I stepped outside the door.

I haven’t traveled much in my life, but there are two different types of air impressed in my mind: the lightness of the Swedish air, scented of leaves and trees of the woods around Uppsala and, on the other side, the disgusting stink of the London’s one, which caused me headaches and continuous nausea.

On windless days, the mayor of London, Sadiq Khan, who cares about the problem of air pollution in his city, launched air-toxic warnings on social networks, followed by the recommendation to stay in closed places. But how could I do it? A country spirit locked inside four walls, breathing only the dusty air that came out of the bathroom fan… try to imagine the depression of those days.

I bought an anti-smog mask to protect my lungs… is this the solution? NO! 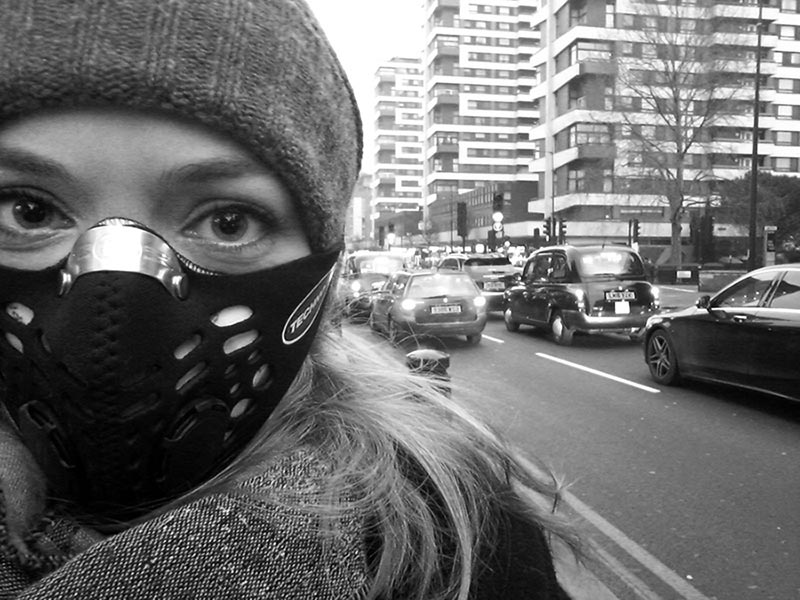 If you read until this point of the post I thank you and I promise that the next one will be more useful, focused on alternative solutions to live well polluting less!

I wanted to tell you what changed my point of view on the world, what opened my eyes to problems that are evident and dangerous for the health of us all.
Today more than ever we are facing the issue of environmental protection, threatened by climate change and plastic that had come to pollute even the deepest ocean abyss of our Earth.

I hope this story convinced you that we all have to do something, starting from our habits, one step at a time.

Did you have an experience similar to mine? What do you think about it? Let me know your point of view! Every opinion is precious!

P.s. London is a wonderful city that is worth visiting and also experiencing. It has giant and beautiful parks and astonishing museums. I recommend everyone to go there, but remember to be good tourists and/or good migrants, committing yourself not to contribute (too much) to its pollution!